Prairie Lotus is a powerful, touching, multilayered book about a girl determined to fit in and realize her dreams: getting an education, becoming a dressmaker in her father's shop, and making at least one friend. Acclaimed, award-winning author Linda Sue Park has placed a young half-Asian girl, Hanna, in a small town in America's heartland, in 1880. Hanna's adjustment to her new surroundings, which primarily means negotiating the townspeople's almost unanimous prejudice against Asians, is at the heart of the story. Narrated by Hanna, the novel has poignant moments yet sparkles with humor, introducing a captivating heroine whose wry, observant voice will resonate with readers. Deontae "Simp" Wright has big plans for his future. Plans that involve basketball, his best friend, Rollie, and making enough money to get his mom and four younger brothers out of the Cove, their low-income housing project. Long term, this means the NBA. Short term, it means being a dough boy--getting paid to play lookout and eventually moving up the rungs of the neighborhood drug operation with Rollie as his partner. Roland "Rollie" Matthews used to love playing basketball. He loved the rhythm of the game, how he came up with his best drumbeats after running up and down the court. But playing with the elite team comes with extra, illegal responsibilities, and Rollie isn't sure he's down for that life. The new talented-and-gifted program, where Rollie has a chance to audition for a real-life go-go band, seems like the perfect excuse to stop being a dough boy. But how can he abandon his best friend? The Best at It

From award-winning actor Maulik Pancholy comes a hilarious and heartfelt middle grade debut about a gay Indian American boy coming into his own. Rahul Kapoor is heading into seventh grade in a small town in Indiana. The start of middle school is making him feel increasingly anxious, so his favorite person in the whole world, his grandfather, Bhai, gives him some well-meaning advice: Find one thing you're really good at and become the BEST at it. Those four little words sear themselves into Rahul's brain. While he's not quite sure what that special thing is, he is convinced that once he finds it, bullies like Brent Mason will stop torturing him at school. And he won't be worried about staring too long at his classmate Justin Emery. With his best friend, Chelsea, by his side, Rahul is ready to crush this challenge.... But what if he discovers he isn't the best at anything? Take Back the Block

Brand-new kicks, ripped denim shorts, Supreme tee-- Wes Henderson has the best style in sixth grade. That--and hanging out with his crew (his best friends since little-kid days) and playing video games--is what he wants to be thinking about at the start of the school year, not the protests his parents are always dragging him to. But when a real estate developer makes an offer to buy Kensington Oaks, the neighborhood Wes has lived his whole life, everything changes. Wes isn't about to give up the only home he's ever known. He knows there has to be a missing piece that will solve this puzzle and save the Oaks. But can he find it . . . before it's too late? 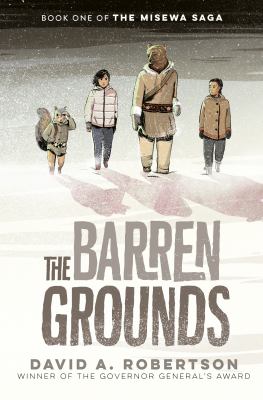 Morgan and Eli, two Indigenous children forced away from their families and communities, are brought together in a foster home in Winnipeg, Manitoba. They each feel disconnected, from their culture and each other, and struggle to fit in at school and at their new home until they find a secret portal to another reality. They meet Ochek, the only hunter supporting his starving community who teaches the kids traditional ways to survive. 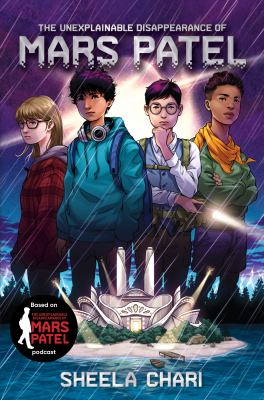 The Unexplainable Disappearance of Mars Patel

Mars Patel's friend Aurora has disappeared! His teachers are clueless. His mom is stressed out about her jobs. But Mars refuses to give up--after all, his own dad disappeared when Mars was a toddler, before he and Ma moved to Puget Sound from India. Luckily, Mars has a group of loyal friends eager to help--smart Toothpick, strong and stylish JP, and maybe-telepathic Caddie. The clues seem to point toward eccentric tech genius (and Mars's hero) Oliver Pruitt, whose popular podcast now seems to be commenting on their quest! But when the friends investigate Pruitt's mysterious, elite school, nothing is as it seems--and anyone could be deceiving them. 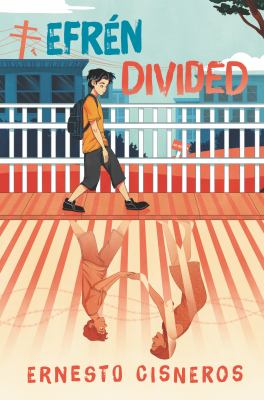 Efrén Nava's Amá is his Superwoman--or Soperwoman, named after the delicious Mexican sopes his mother often prepares. Both Amá and Apá work hard all day to provide for the family, making sure Efrén and his younger siblings Max and Mía feel safe and loved. But Efrén worries about his parents; although he's American-born, his parents are undocumented. His worst nightmare comes true one day when Amá doesn't return from work and is deported across the border to Tijuana, México. Now more than ever, Efrén must channel his inner Soperboy to help take care of and try to reunite his family. 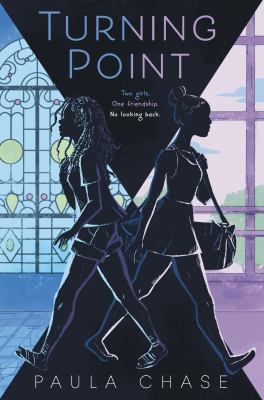 Best friends Rasheeda and Monique are both good girls. For Sheeda, that means keeping her friends close and following her deeply religious and strict aunt's every rule. For Mo, that means not making waves in the prestigious and mostly White ballet intensive she's been accepted to. But what happens when Sheeda catches the eye of Mo's older brother, and the invisible racial barriers to Mo's success as a ballerina turn out to be not so invisible. What happens when you discover that being yourself isn't good enough? Healer of the Water Monster

When Nathan goes to visit his grandma, Nali, at her mobile summer home on the Navajo reservation, he knows he's in for a pretty uneventful summer, with no electricity or cell service. Still, he loves spending time with Nali and with his uncle Jet, though it's clear when Jet arrives that he brings his problems with him. One night, while lost in the nearby desert, Nathan finds someone extraordinary: a Holy Being from the Navajo Creation Story--a Water Monster--in need of help. Now Nathan must summon all his courage to save his new friend. It's 1863 and dinosaurs roam the streets of New York as the Civil War rages between raptor-mounted armies down South. Magdalys Roca and her friends from the Colored Orphan Asylum are on a field trip when the Draft Riots break out, and a number of their fellow orphans are kidnapped by an evil magistrate, Richard Riker.Magdalys and her friends flee to Brooklyn and settle in the Dactyl Hill neighborhood, where black and brown New Yorkers have set up an independent community -- a safe haven from the threats of Manhattan. Together with the Vigilance Committee, they train to fly on dactylback, discover new friends and amazing dinosaurs, and plot to take down Riker. Can Magdalys and the squad rescue the rest of their friends before it's too late? 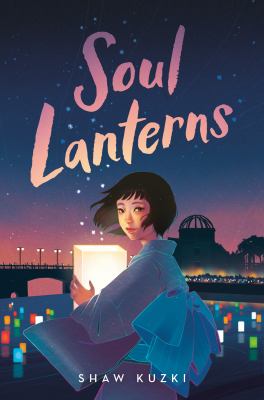 Twelve-year-old Nozomi lives in the Japanese city of Hiroshima. She wasn't even born when the bombing of Hiroshima took place. Every year Nozomi joins her family at the lantern-floating ceremony to honor those lost in the bombing. People write the names of their deceased loved ones along with messages of peace, on paper lanterns and set them afloat on the river. This year Nozomi realizes that her mother always releases one lantern with no name. She begins to ask questions, and when complicated stories of loss and loneliness unfold, Nozomi and her friends come up with a creative way to share their loved ones' experiences.